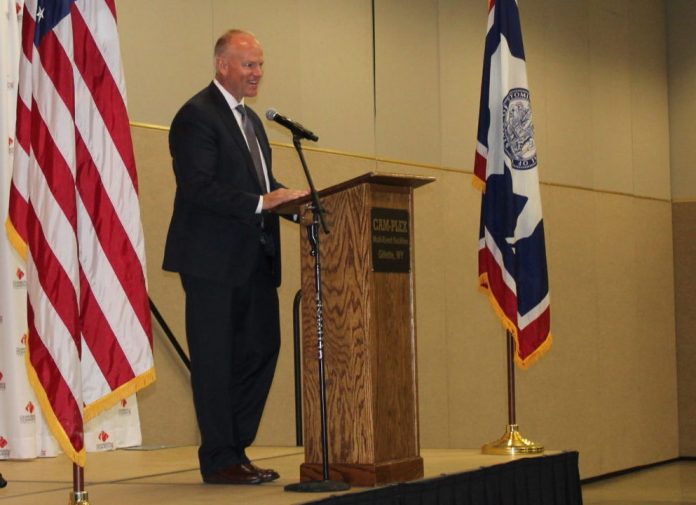 Japan Coal Energy Center (JCOAL) and Kawasaki Heavy Industries (KHI) will be investing $7 million to $9 million in grant funding at the Integrated Test Center near Gillette. The funding will go to test new carbon capture technologies.

The funding will be implemented in phases, with the first phase being $900,000 to prepare a feasibility analysis of “novel, solid sorbent-based” carbon capture technology, according to a statement released from the governor’s office.

After the study is complete, the companies will test the technology at the ITC, which will include economic and environmental assessments. A test pad for this project will be completed later this year.

The Wyoming Infrastructure Authority, which is managing the pre-commissioning phase of the project, also released a statement on the announcement.

“The technology developed at the ITC will have a positive impact on the global effort to advance carbon management technologies,” said WIA Executive Director Jason Begger.

At the luncheon, Mead praised the ITC as an important component of the future of Wyoming’s energy industry. He said developing carbon technologies was key to securing the future of coal. He said, while there are diverse views on climate change, concerns over the issue mandate addressing it with new technologies.

“This is a game changer in my mind for coal,” Mead said of the test center.

The governor also praised the competitive XPRIZE that selected five finalists who will develop their ideas at the ITC. The XPRIZE will award the winner $20 million.

Mead said this kind of competition is in the spirit of business and entrepreneurship, which is the source of all innovation and technological development.

“We didn’t move from the candle to the lightbulb because of regulation,” Mead said.

Mead also spoke of ENDOW and its role in diversifying the economy. He said the workforce development component of the initiative is central to Wyoming’s future.

The governor spoke of a “major foods company” that was considering relocating to Wyoming but declined on concerns that the state wouldn’t have the workforce the company would need to be successful.

Mead also pointed to ENDOW’s commercial air service development and broadband infrastructure components as being important to the state’s business.

Mead countered critics of ENDOW, who say the program’s goals are often appear lofty and unattainable.

“If any state can control its destiny, it’s the state of Wyoming,” Mead said.

At the end of Mead’s speech, Gillette Mayor Louise Carter-King thanked Mead for all his assistance to Gillette and Campbell County during his four terms.

“You have recognized that Campbell County is the engine that powers the state,” King said.