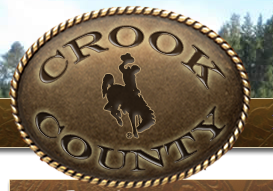 “We’ve done a lot of laboratory testing over the last twelve months and what we refer to as low pH lixiviant or slightly acidic mining solutions have tested extremely well not only in mining but in the restoration,” said Knode. “It actually looks like we can restore the water quality as well, if not better that before.”

Strata Energy first announced their plans to the landowners that would be most affected by the change at a late November meeting in Oshoto. According to Knode, “the current chemistry we have licensed is unlikely to achieve long term sustainable results from the project.”

Strata is working with WWC Engineering out of Sheridan to prepare the amendment with hopes of submitting it to the Department of Environmental Quality in late March.  The permit amendment process is expected to take between 18 and 24 months.

“In the meantime,” said Knode. “We continue to operate our alkaline leach process. We’re mining uranium every day. We employ about 38 full time employees and three full time contractors.  We don’t see that changing in the future.”

The proposed low pH method is not currently in use anywhere in Wyoming, but it is common throughout the rest of the world.  Globally, 96 percent of uranium produced by in situ leaching uses low pH or acidic solutions.

Strata’s current license requires the company to restore ground water to its original use; that will not change with the amendment.

“I’d remind you that we have extensive ground water monitoring networks in place.  We’ve been mining out there for over two years now. We continue to monitor around and above and below the mining zone every two weeks at certain monitor wells.” Knode went on to say that may change and monitoring will most likely become more extensive.

Strata Energy has prepared a White Paper on the proposed amendment available here.