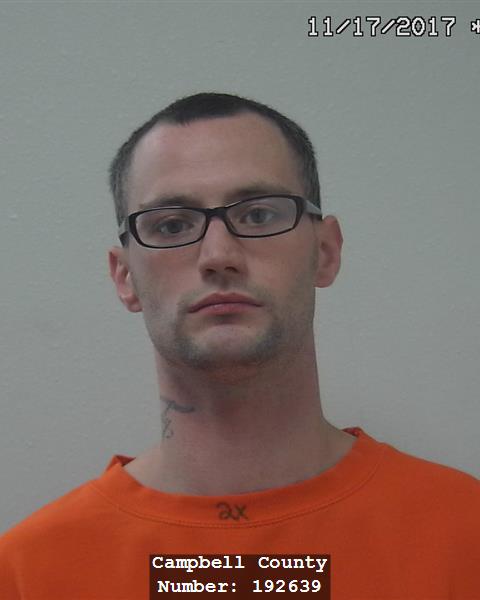 (Gillette, Wyo.) Police detectives have uncovered a plot twist regarding the armed robbery that occurred at Arby’s last week, resulting in the arrest of an Arby’s manager in training.

The manager in training, 29-year-old Aaron Watson, is now facing charges of felony conspiracy to commit an aggravated robbery after detectives determined he was a suspect in the robbery rather than a victim.

On the night of the robbery, Nov. 12, Watson had originally told investigators that he had been instructed to take the trash to the dumpster by his night manager. Watson said that, while he was at the dumpster, he had been approached by an unknown African-American male, according to court documents.

According to what Watson told detectives, the man had wanted Watson to give him a cigarette and to lend him his cell phone, which Watson did.

Court documents state that the male did not give back Watson’s phone and pointed a handgun at him, demanding Watson take him into the manager’s office inside Arby’s.

Watson told officers that the male had forced him to his knees once he was inside the office. The male then instructed another male, the night manager of Arby’s, to give him money, striking him on the head as he did so.

Once the male received the money, approximately $360 in one dollar bills and five dollar bills, he placed the cash inside two Wal-Mart bags and left the store, with Watson’s phone still in his pocket.

Investigators were able to track the cell phone by having Verizon Wireless “ping” it’s location, which was determined to be within the Sutherland neighborhood near Vivian Street. Detectives continued their investigation at Arby’s, reviewing surveillance footage of the incident. The incident inside the store had played out exactly as Watson had described.

On Nov. 14, sheriff’s deputies responded to the quick shop located in Antelope Valley, after an employee called to report two individuals that could have been involved in the Arby’s robbery.

The affidavit states that a male and a female, both African-American, had pulled up to the gas pumps the day before in a passenger vehicle. The female entered the store and paid for gas in an inordinate amount of one dollar bills. The female then changed out 100 one dollar bills for a 100 bill.

After reviewing the footage, detectives identified the male as Melvin Jefferson and currently believe him to be the prime suspect in the Arby’s robbery. Investigators knew Jefferson had recently been released from prison and decided to listen to his most recent phone call from within the Campbell County Detention Center.

Jefferson contacted Watson, and made plans that, once Jefferson was released, they would go to Wal-Mart and purchase black clothing.

Investigators reviewed security footage at Wal-Mart on Nov. 16 after confronting Watson on his relationship with Jefferson, during which Watson stated his associate was too big to fit the description provided to officers on the night of the robbery.

The footage clearly showed Watson and Jefferson purchasing a black hoodie, black sweatpants and other miscellaneous items. The items were carried from the store in two Wal-Mart bags.

Detectives connected the dots. The clothes that Jefferson purchased matched the description of the clothes worn by the robbery suspect. Watson, an Arby’s employee and manager in training, knew where the money was kept and the access code to gain entry into the office.

Watson was interviewed by investigators, who presented him with two photo lineups and asked him if he knew any of the individuals depicted. Watson initially denied knowing any of them, even though Jefferson’s picture was included in the lineup.

Eventually, Watson admitted to knowing Jefferson from their time together in prison but hadn’t seen him for over a year.

The 29-year-old changed his story once he was presented with a snapshot of himself and Jefferson inside of Wal-Mart together, calling Jefferson a “close friend.”

Despite Watson’s denial of any involvement with the robbery, detectives concluded that he had made several false statements during his interview.

The affidavit states that Watson was “unaware of the robbery prior to it happening, but eluded to the fact he was covering his and Melvin’s involvement out of fear of Melvin’s retaliation.”

Watson was placed under arrest and charged with felony conspiracy to commit an aggravated robbery.