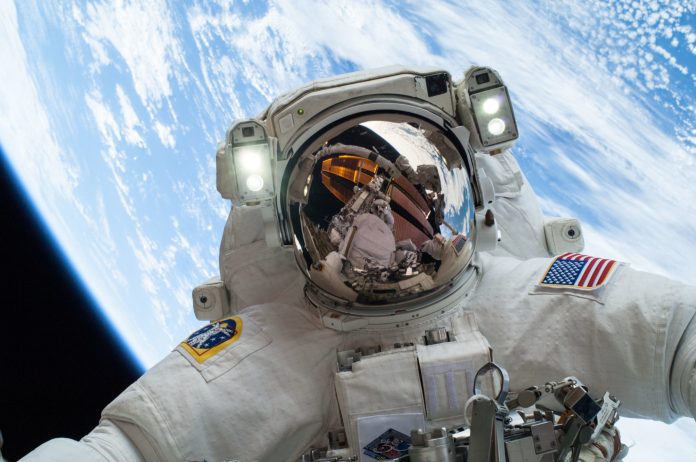 (Gillette, Wyo.) Perhaps President Ronald Reagan said it best. “They prepared for their journey and waved goodbye and slipped the surly bonds of earth to touch the face of God.” People who have the ambition or the dedication to leave behind the comfortable, firm footing here on Earth are few and far between. But as with anything in life, there are those few who dare to dream of the near impossible task of leaving our planet for the dark abyss that is space. They are the explorers, the leaders and the dare devils. They are the astronauts.

Things could get a little… floaty, at the Campbell County Public Library Friday evening as renowned astronaut and author, Col. Mike Mullane, visits Gillette to give a free presentation on his program, The Lighter Side of Spaceflight.

The program seeks to captivate the audience on a hilarious, yet intricately revealing journey to space with Mullane using video and slides to answer a wide variety of space-related questions. From serious space inquiries to silly curiosities, Mullane will answer them all.

Also included in the program is an inspirational message, courtesy of Mullane, speaking of the long and arduous road he traveled to reach his dream to join the ranks of brave men and women who dared to explore the heavens.

Mullane graduated from the United States Military Academy at West Point in 1967 and was commissioned in the United States Air Force the same year. During the Vietnam War Mullane flew over 130 combat missions. In 1978 Mullane was selected as a mission specialist for the first group of space shuttle astronauts, and has since completed three missions aboard the fabled space shuttles, Discovery and Atlantis, prior to his retirement from NASA and the USAF in 1990.

Following his retirement, Mullane established himself in the writing community with his award-winning children’s book, “Liftoff! An Astronaut’s Dream,” and his other popular space-fact book, titled “Do your Ears Pop in Space”? He has written a memoir, titled “Riding Rockets: The Outrageous Tales of a Space Shuttle Astronaut” and was mentioned in the New York Times and appeared on The Daily Show with Jon Stewart for his writing.

The presentation is completely free to public, so join the Campbell County Public Library on Friday, Sept. 22, at 6:00 p.m. for the rare opportunity to meet an astronaut!