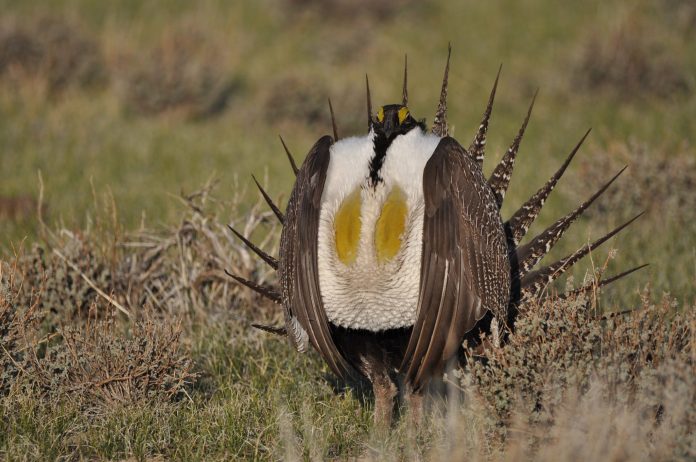 (Gillette, Wyo.) Earlier this month, U.S. Secretary of the Interior Ryan Zinke ordered the organization of the U.S. Department of the Interior (DOI) Sage Grouse Review Team that, in collaboration with the U.S. Fish and Wildlife Service, Bureau of Land Management, and other such organizations, provided a report to better complement national Greater Sage Grouse conservation efforts.

Under the Obama-era restrictions on fluid mineral leasing and development, decidedly geared towards habitat conservation rather than industry growth, the natural resource industry faced many difficulties while attempting to navigate around Greater Sage Grouse habitat.

Zinke’s order set out to both change and potentially repeal many of the restricting regulations that plagued the natural resource industry for eight years.

In a 52 page report regarding the 11 western states, Wyoming included, that contain prime sage grouse habitat was created and contained a complex list of recommendation that were ultimately hailed by Zinke.

“I’m thankful to all of the DOI team members as well as the bureau staff and the state partners who put in the hard work and time to develop this report,” Zinke said in a press statement.

A memorandum was issued to Deputy Secretary of the Interior David Bernhardt to “begin implementation of the recommendations,” by directing the U.S. Fish and Wildlife Service and other agencies involved in the management of the Greater Sage Grouse Habitat to “immediately follow through on the short and long-term recommendations,” Zinke announced.

However, Wyoming Governor Matt Mead felt while the DOI made an “earnest effort” to work with the states while creating the report, they did not accurately convey Wyoming’s interests.

“The states have primacy over sage-grouse management and Wyoming’s plan is solid and should be allowed to work. The Wyoming approach balances energy, agriculture, conservation and recreation. The federal plans do not fully implement the Wyoming approach,” Mead stated in a press release.

Mead was primarily concerned that the list of recommendations would focus more on captive breeding and population targets, which was fine aside from the fact they do not provide the certainty and predictability that Wyoming industry needs.