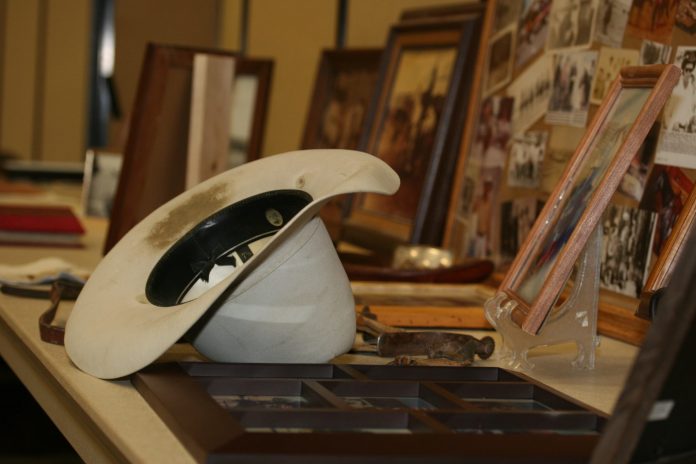 (Gillette, Wyo.) While the majority of Gillette’s attention was directed towards the Donkey Creek Festival Saturday evening, a number of cowboys and cowgirls gathered at the Cam-Plex Frontier hall. What were they doing there? Attending the 3rd Annual Wyoming Cowboy Hall of Fame (WCHF) Banquet.

This year, the banquet saw its largest gathering since its founding in 2014. The atmosphere was pleasant and merrymaking could be seen as the attendees celebrated the lives of the 2017 Honorees. Cowboy hats were bobbing to live music, children were swing dancing, and laughter echoed throughout the building.

The WCHF Ceremony began as the president and founder of the WCHF, Scott Ratliff, spoke on behalf of the organization and the plans for its future. Probably the most impressive and ambitious plan presented, is a documentary style movie that is currently undergoing production.

“We’ve got a filming crew that is in state right now” said Ratliff. “By the end of July we hope to have filmed and to have interviewed every single living member of the Wyoming Cowboy Hall of Fame.” The Movie is expected to be completed in five years’ time and is estimated to cost around $100,000.

There have been more than 20 cowboys inducted into the WCHF and on Saturday, six more were added to the list. Unfortunately, all of the inductees to be honored at the 2017 banquet had passed away prior to the event. It fell on the families of the honored cowboys to pick up their mantle and accept the recognition on their behalf. Ratliff had a few words to say concerning the specific type of cowboy or cowgirl the WCHF really focuses on.

“A cowboy is something kind of unique, if you know what a cowboy is. Now I think that most people today would say ‘I’ve seen a cowboy, he was at the rodeo or he was at Walmart’ But the kind of cowboy we are trying to capture, has spent a lifetime on horseback. And he did it, or she did it because there’s some women in there, but they did it because they loved it, they couldn’t have lived without it. It was medicine for them, it was what kept them going. And we want to tell that story. We want to honor them”