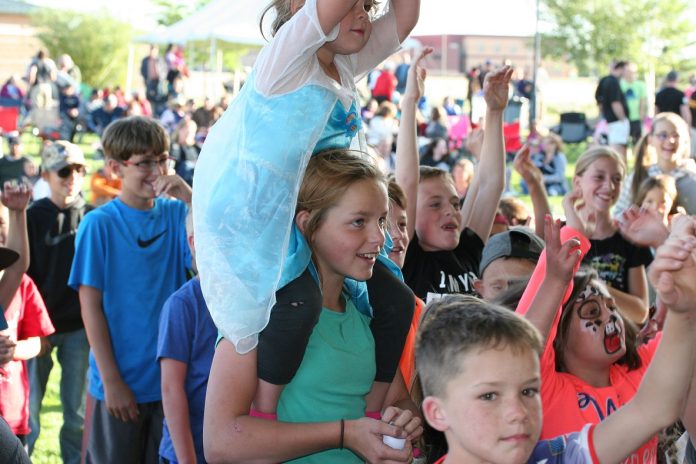 (Gillette, Wyo.) Whether you were lounging on the grass, or were standing center stage for a close up look at the bands, the 2017 Donkey Creek Festival (DCF) was undeniably wildly entertaining. Deep bass notes and hard hitting drum beats echoed off the walls of Gillette College on Friday and Saturday, as did the sound of thunderous applause.

Residents could be seen relaxing under the afternoon sun, making full use of the newly constructed DCF amphitheater, and moving with insatiable curiosity as they explored a large number of vendors. Children occupied the grassy clearing directly in front of the stage, playing various games and dancing to the beat of the music.

The music was extremely tasteful and well received: every performance was capped by eager applause from the audience, all of whom could be seen rearranging in anticipation for the next performance. With only brief pauses between performances, during which free items were thrown from the stage to the audience from DCF workers, the entertainment was virtually uninterrupted from the first performance to the last.

All in all, the event was a roaring success with hundreds of spectators filling the venue and ending the weekend with satisfied smiles. What truly capped the weekend off however, was the report from GPD Lt. Deaton who mentioned that the DCF had occurred with absolutely no problems that warranted the presence of Law Enforcement Officers. The festival noise and excitement might have nearly brought down a few buildings in the vicinity, but otherwise the entertainment resulted in a relatively quiet weekend for the rest of Gillette. 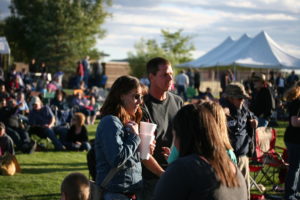