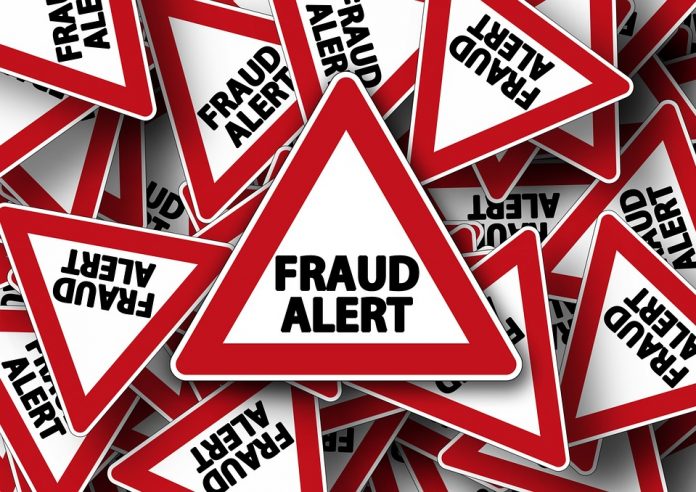 (Gillette, Wyo.) The Gillette Police Department received a report from an unidentified 64-year-old female who had recently become a victim of fraud. The woman stated that she had started an investment with a company in February this year to which she had invested nearly $3,000.00. The woman had been depositing the funds into a local banking establishment, where an account had been fraudulently set up by an individual whom the woman was lead to believe was an agent of the account.

GPD Lt. Deaton stated that the fraud victim had been advised by her “agent” that the account had grown and that she was required to pay a 20% commission fee in the amount of $2,500.00, which she then did. When the woman asked to receive her money for the investment, she was advised by the “company” that her account agent had been involved in a car accident in May 2017 and apparently had not survived. The victim, suspicious of this claim, could find no mention of her “agent” in any local obituaries and subsequently reported the event to the GPD. The total loss reported is $7,750.00.

A similar report came in to the Campbell County Sheriff’s Office the same day concerning another individual, who claimed to have narrowly avoided a comparable situation. This individual, identified only as another 64-year-old woman, contacted the Sheriff’s Office to notify them that she had received a phone call from a man who identified himself as a supposed tax collector. The man on the phone had claimed she was required to pay back taxes from the years 2010-2016.

He reportedly spoke with a thick accent and informed the reporting party that an agent would be coming to her house to collect the money. The woman responded with a request that, if the agent was legitimate, he could meet her at the Sheriff’s Office to receive the money. The “agent” refused and threatened to come to the would-be victim’s house to seize her belongings if she did not meet with him. The woman stated, clearly, that she would only meet the suspicious character at the Sheriff’s Office, her attorney’s office, or her accountant’s office. According to the report, the man then became increasingly angry and cut the phone call off. Investigations for both of these reports are ongoing.

These events are only two of the three total reports regarding fraud that have been submitted to Gillette Law Enforcement Officials this week. According to the Office of National Statistics (ONS), fraud attempts are on the rise and are expected to continue to climb as newer ways are devised to decieve unsuspecting citizens. In 2016 alone, it was found that 15.4 million U.S. citizens became a victim of fraud and reported a total loss of $15 billion.

ONS warns that individuals between the ages of 45 and 54-years-old are the most likely to be targeted for fraud, with 16 to 24-year-olds likely to be next, and that those over the age of 70 are the least likely to be a victim of fraud.

It is imperative that you keep a close watch on your finances and credit scores for any irregularities.

For information on how to avoid becoming a victim of fraud, click here.